The photo exhibition “Neal Preston – In the Eye of the Rock’n’Roll Hurricane” attracted more than 10,000 visitors to Gütersloh Theater in a single month, making it one of the city’s most successful exhibitions ever. Until Sunday, 70 impressive photo portraits of Rock’n’Roll greats like Led Zeppelin, Queen, Mick Jagger, The Who and Bruce Springsteen, taken by the renowned documentary photographer Neal Preston over the course of four decades, were on display at the exhibition brought to the theater by Bertelsmann, Lightpower Collection, and Kultur Räume Gütersloh. The big crowds are not only a testament to the quality of the images, but also to the unbroken appeal of Rock’n’Roll. Audio stations and film clips featuring accompanying interviews, music, and stories brought the world of the stage to life and were intensively used by visitors.

Gütersloh Theater and its partners Bertelsmann and Lightpower Collection also had full houses for the exhibition’s supporting program. For instance, the theater’s studio stage was packed when Neal Preston spoke about his eventful life on the world’s biggest stages and festivals. A reading from the book “The Rolling Stone Years” by actor Benno Fürmann had to be moved into the theater’s auditorium so that more tickets could be sold. A concert photography workshop and an evening of music with young bands from the region also attracted numerous participants and visitors.

Earlier, the “Neal Preston – In the Eye of the Hurricane Rock’n’Roll” exhibition had been enthusiastically received by visitors at the Montreux Jazz Festival, in Las Vegas, Stockholm and at the Musikmesse Frankfurt fair. It visited Gütersloh from October 27 to November 27, 2016.

Preston himself was delighted with the response from the region: “I’d like to thank everyone in Gütersloh, including and especially my friends at the theater, at Bertelsmann and of course at Lightpower who together made this wonderful exhibition possible. I’m almost speechless. I’ve had the time of my life,” said the photographer.

Bertelsmann CEO Thomas Rabe said: “Music and photography are a powerful combination, as the tremendous response to this Bertelsmann-sponsored exhibition shows. As a company that has worked in the music business for decades and represents the music rights of many of the depicted artists, we are happy and proud about the success of this joint project in our home region.”

“As for Kultur Räume, we are delighted not only at the continuing popularity of the changing exhibitions in the gallery of the City Hall Forum, but also about the unique exhibition by Neal Preston at the Theater turning out to be such a crowd-puller. This was a very special project for Theater Gütersloh, and I’m pleased that we had the opportunity to present this exclusive exhibition at the theater together with our partners Bertelsmann and Lightpower Collection,” Andreas Kimpel, Kultur Räume Operations Manager and Head of the City of Gütersloh’s Cultural Department, added.

Ralph-Jörg Wezorke, CEO of Lightpower GmbH, commented: “We’ve experienced some exhibitions in our day, from Stockholm to Las Vegas to Frankfurt. With thousands of visitors, or with prominent guests and well-wishers like Tony Iommi (Black Sabbath), Marco Mendoza (White Snake) and Brian May (Queen). All of them mean a great deal to us. Nonetheless Gütersloh will occupy a special position in this line-up – because we have never had a more interested audience than here. But above all, we couldn’t have wished or hoped for better partners in our venture than Bertelsmann and Kultur Räume. We are very happy about this. And yet, at the same time, a little wistful that our little R’n’R caravan has to move on again now.”

The supporting program for the exhibition included an evening with Neal Preston on October 29, 2016 entitled “Behind the Pictures,” in which he spoke about his photos and how they came about. On November 19, 2016 this was followed by an evening with the actor Benno Fürmann who read the works of journalist Hunter S. Thompson – an icon of the hippie movement and the founder of “gonzo” journalism.

“Neal Preston – In the Eye of the Rock’n’Roll Hurricane”
October 27 – November 27, 2016
An exhibition of extraordinary photographs
at the Theater Gütersloh
Barkeystraße 15
33330 Gütersloh
www.theater-gt.de

Report about the exhibition in Gütersloh (GüterslohTV) 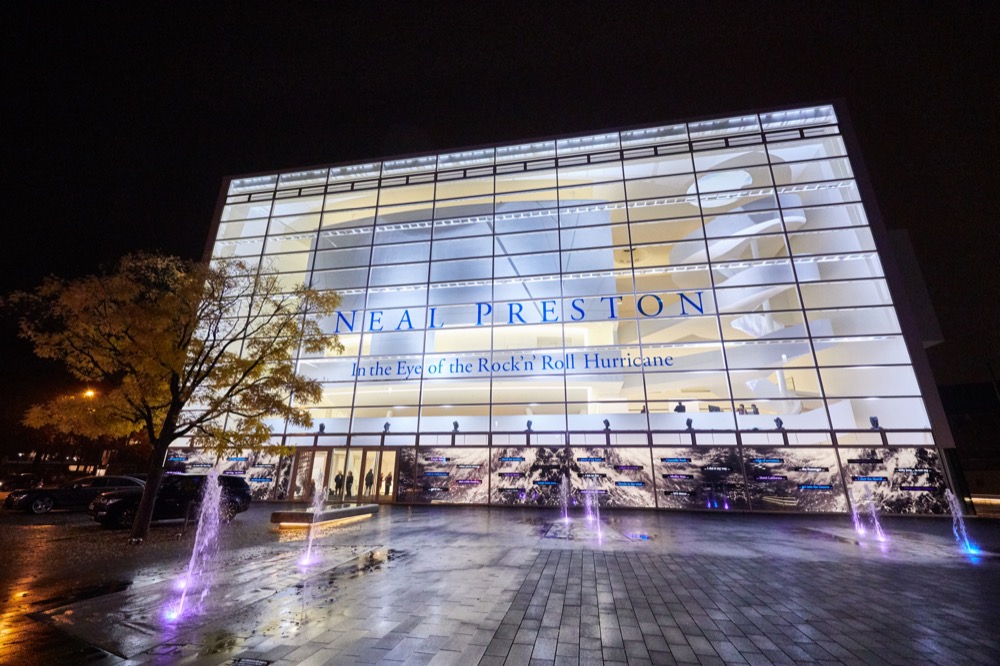 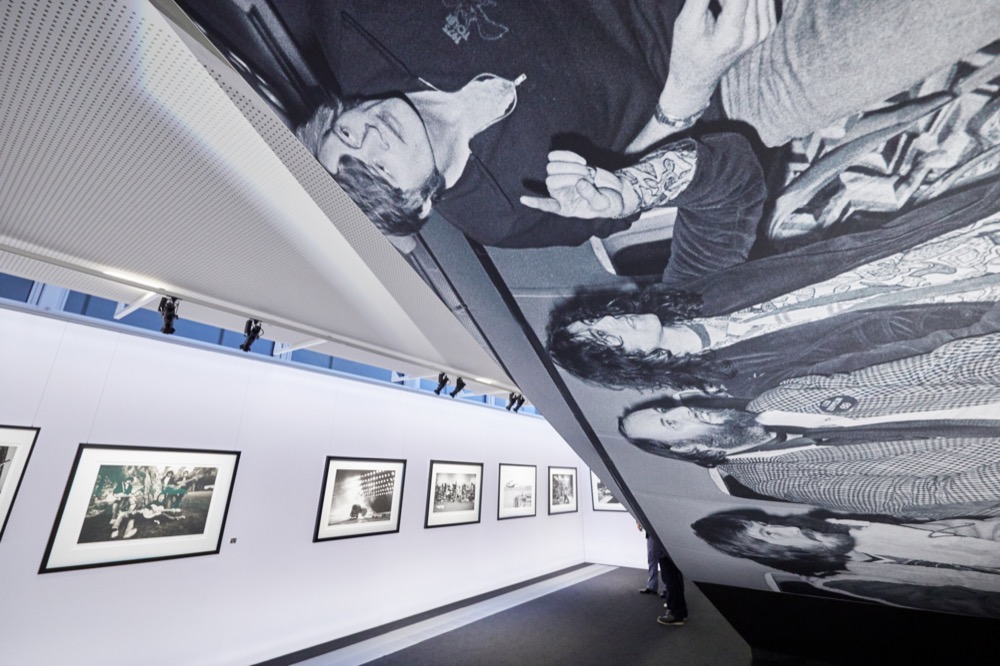 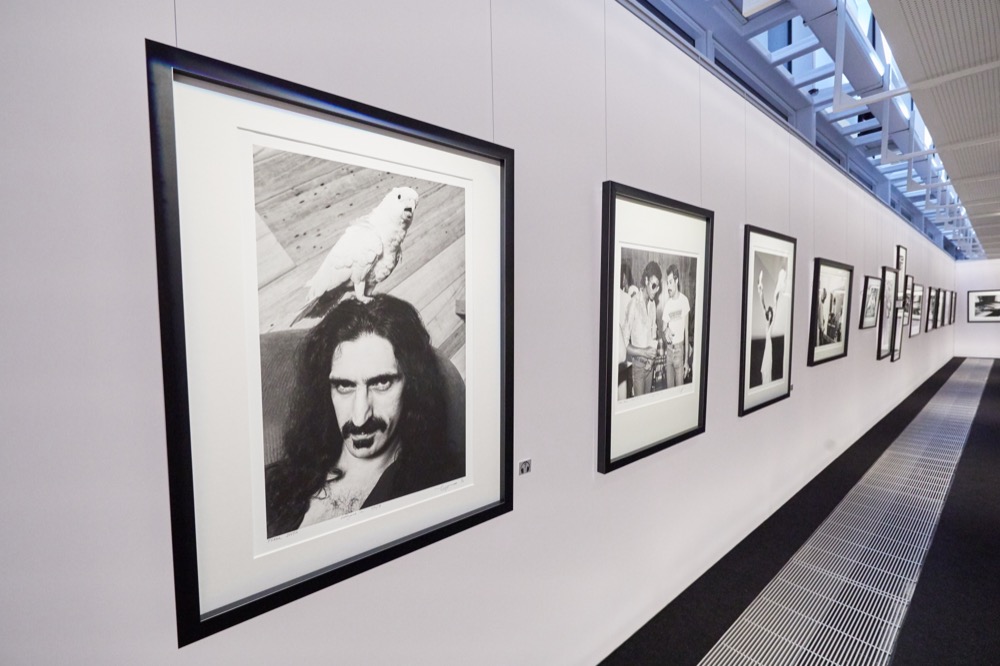 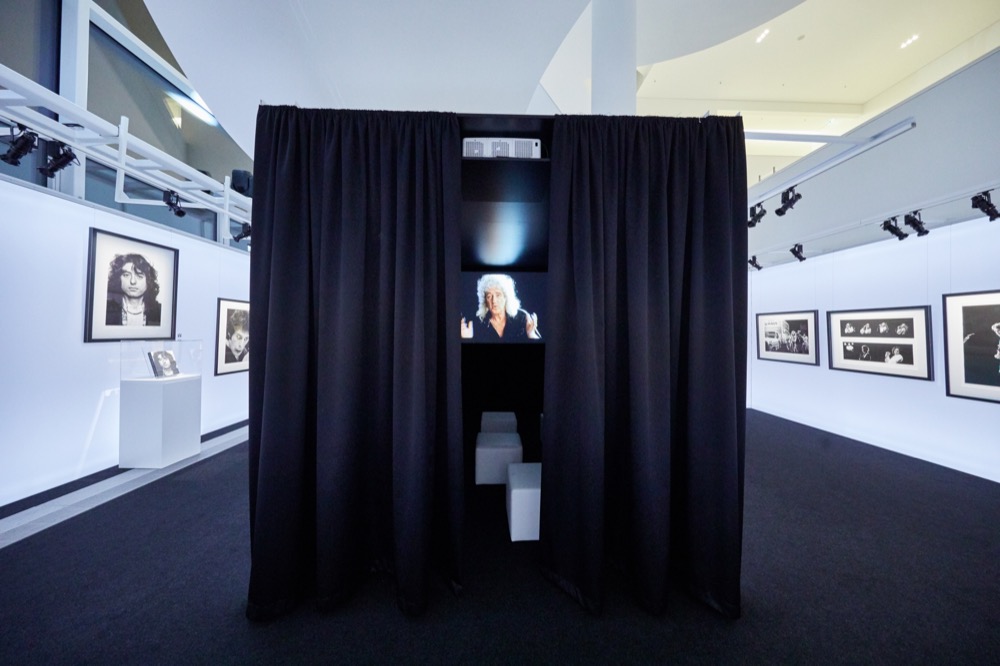 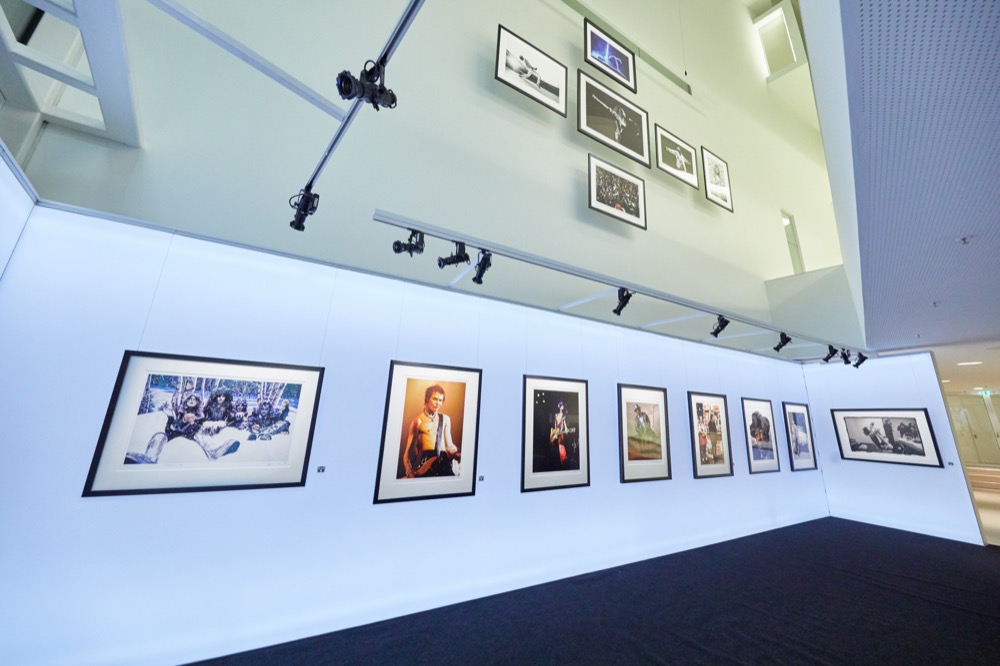 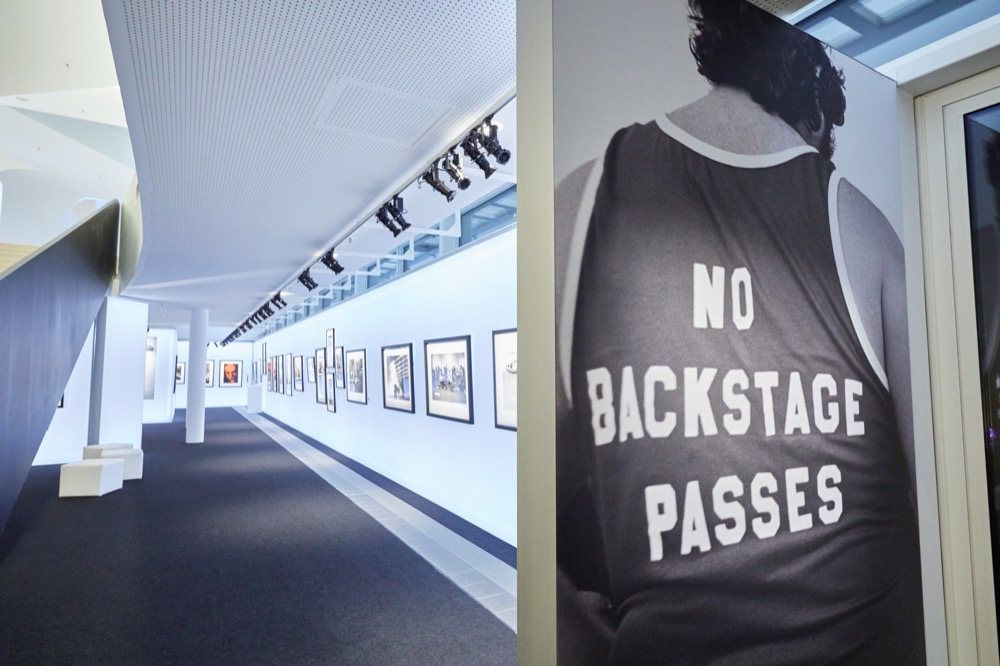 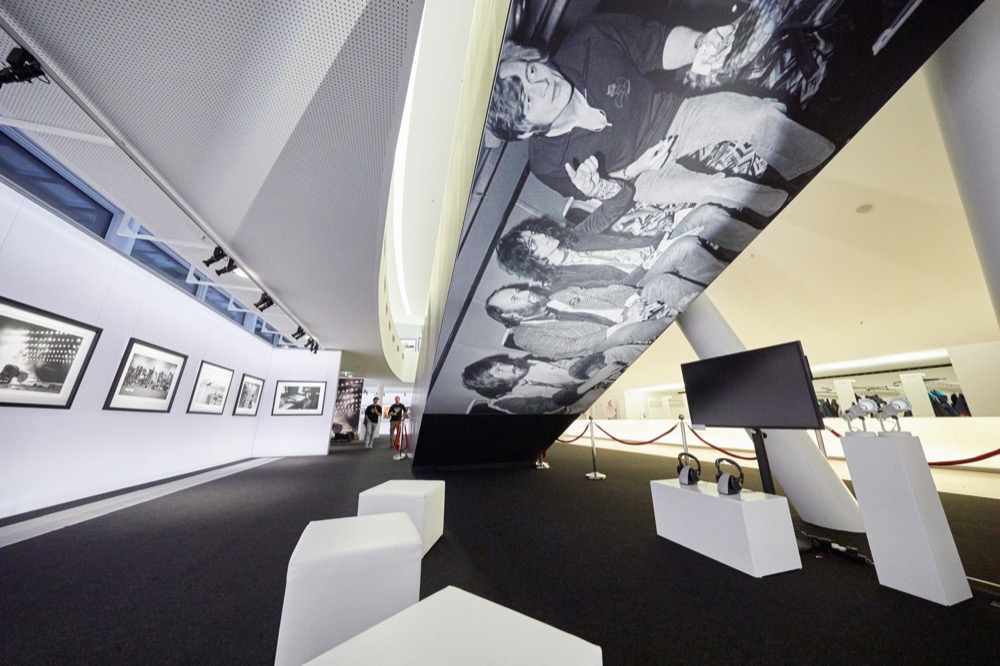 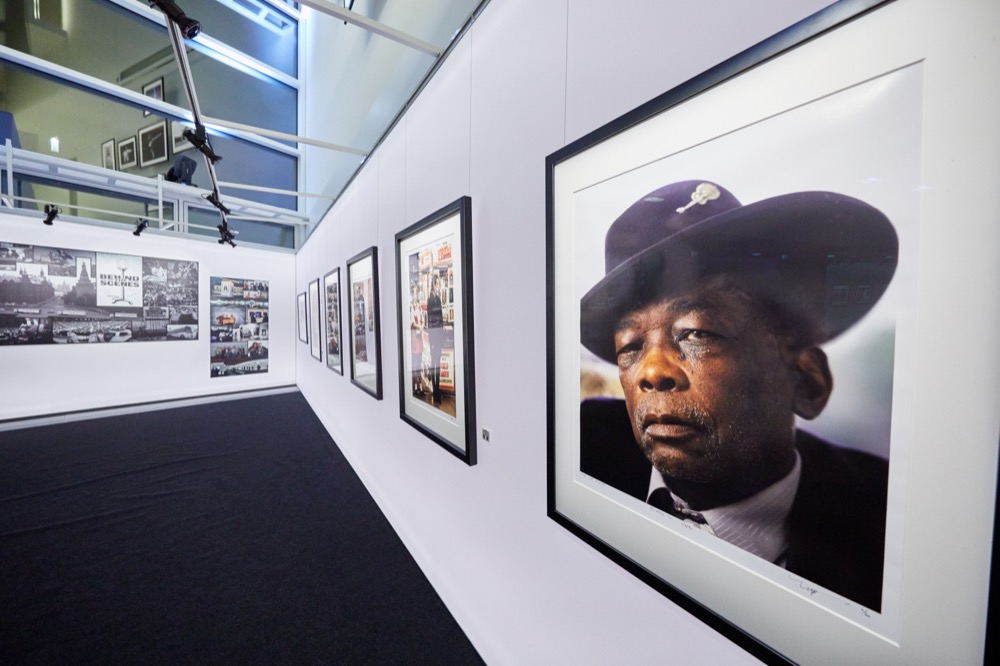 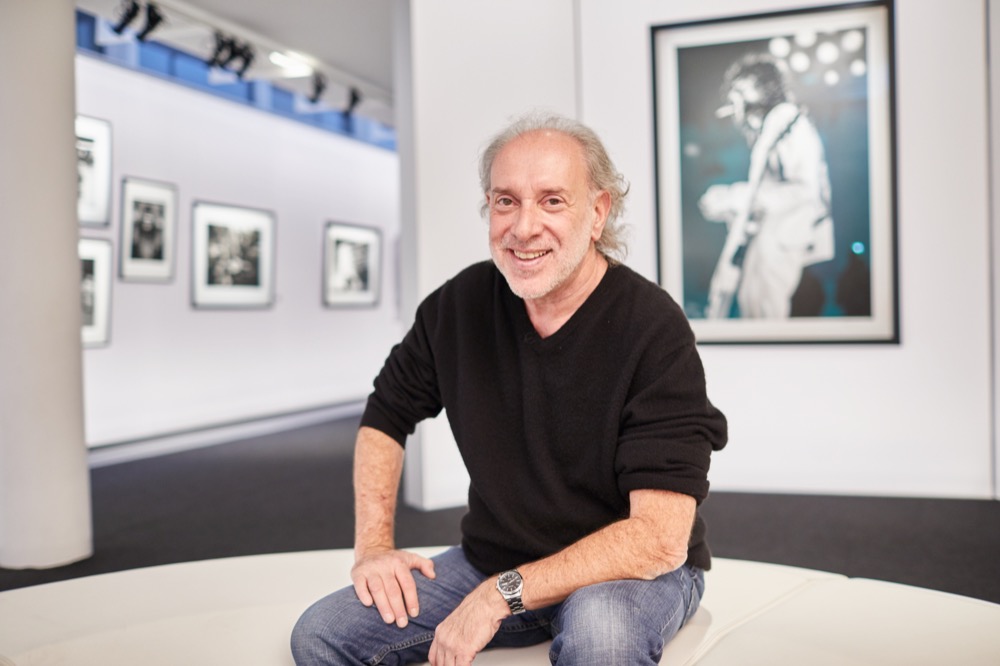 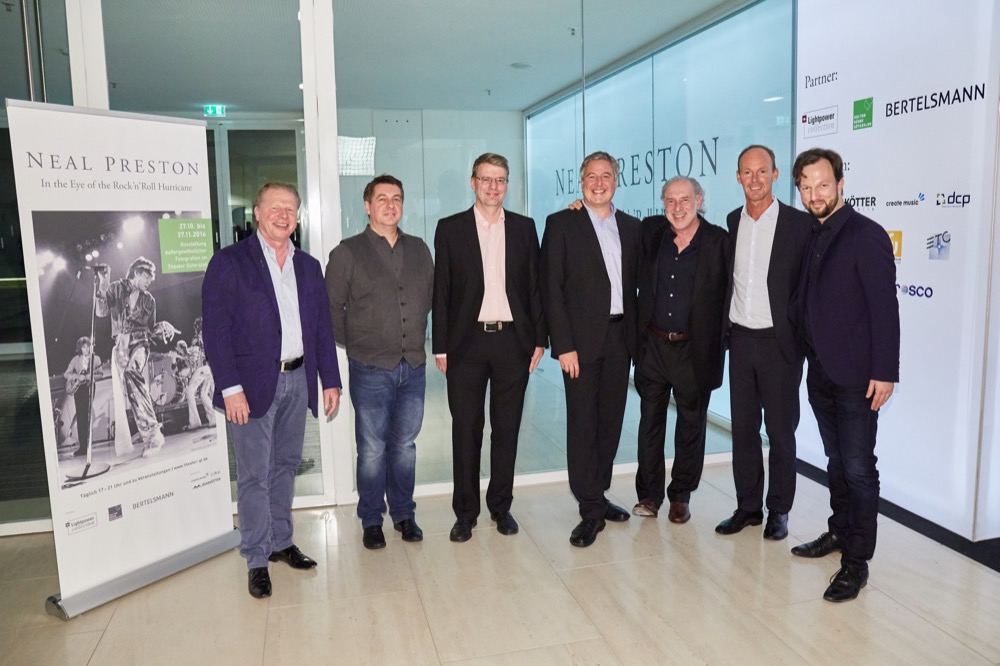 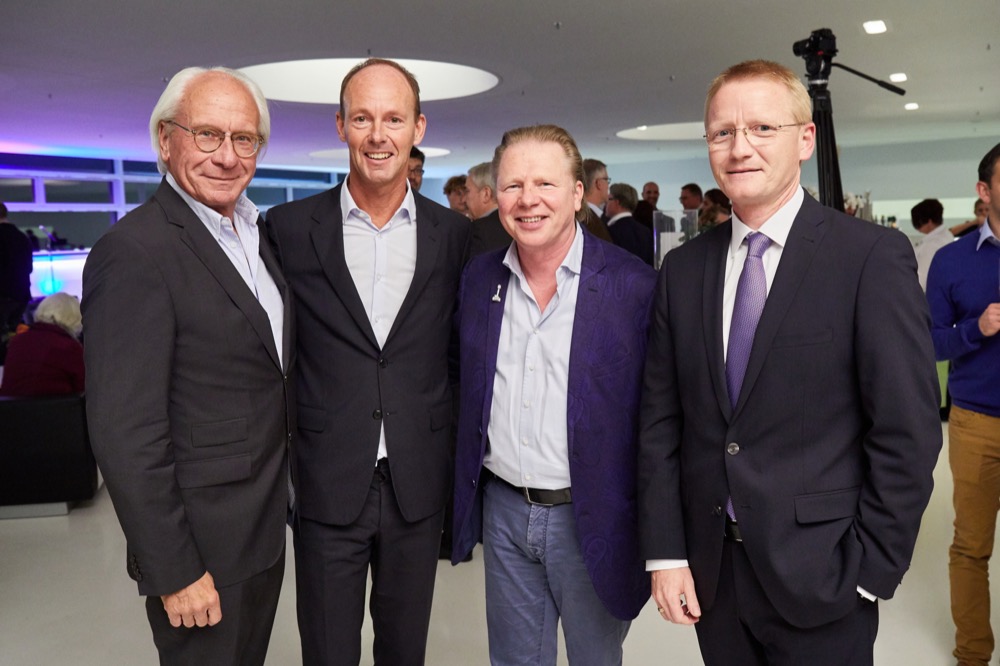 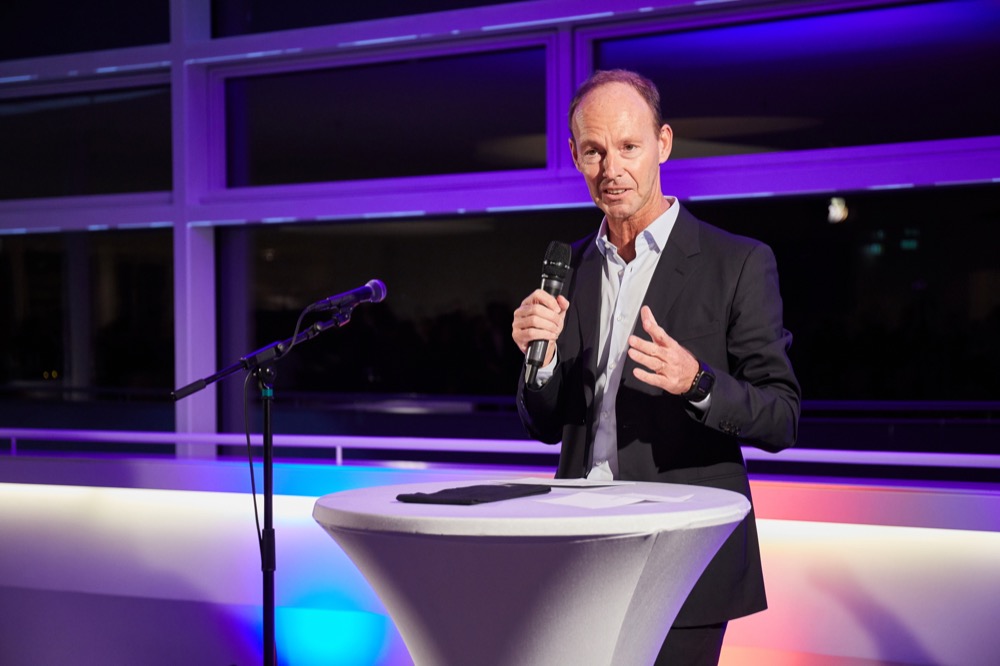 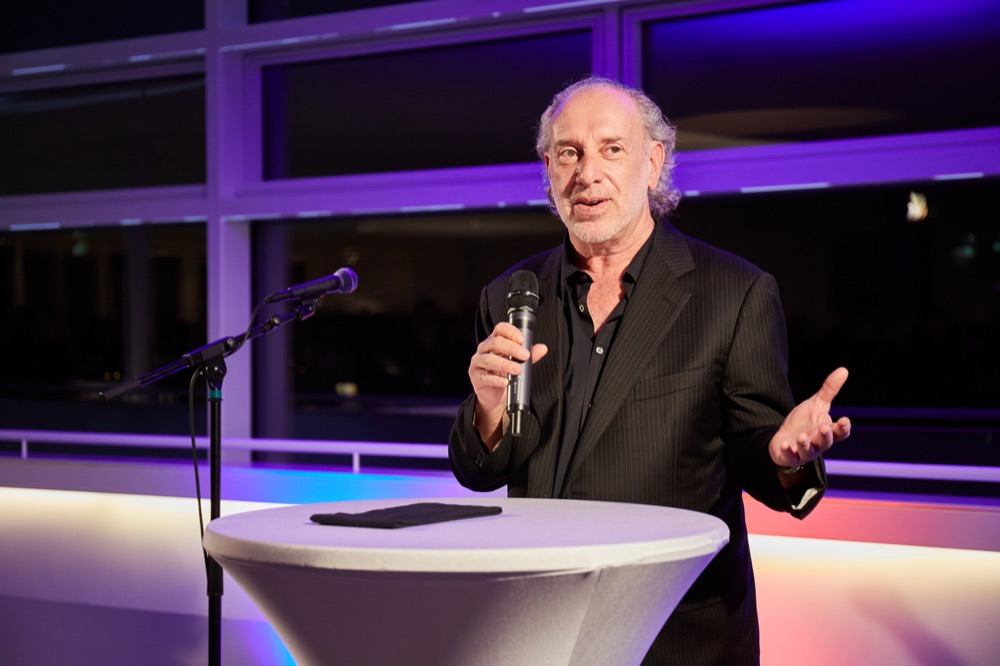 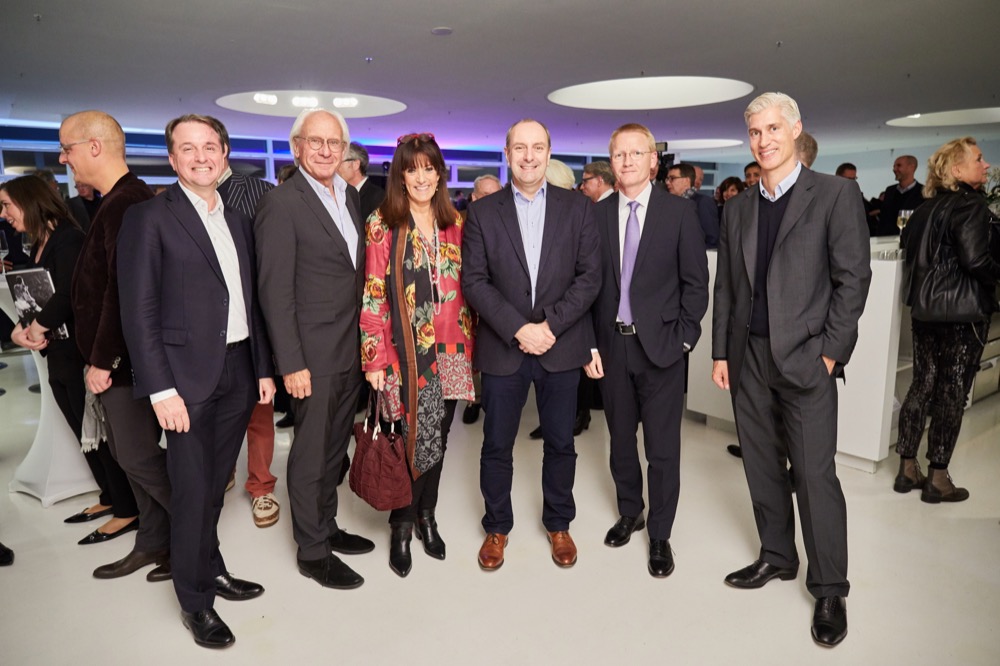 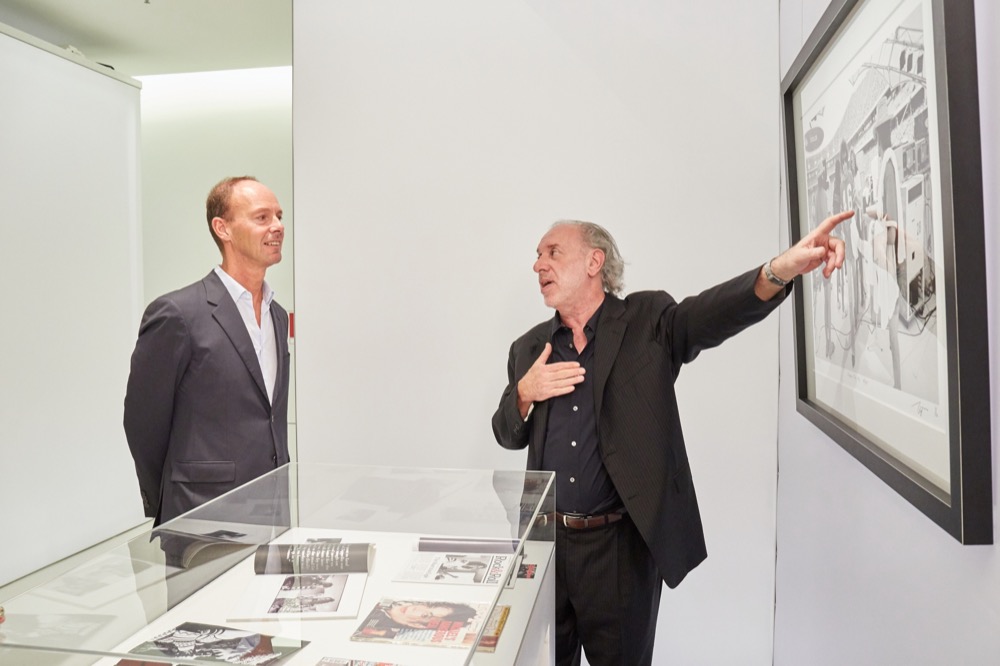 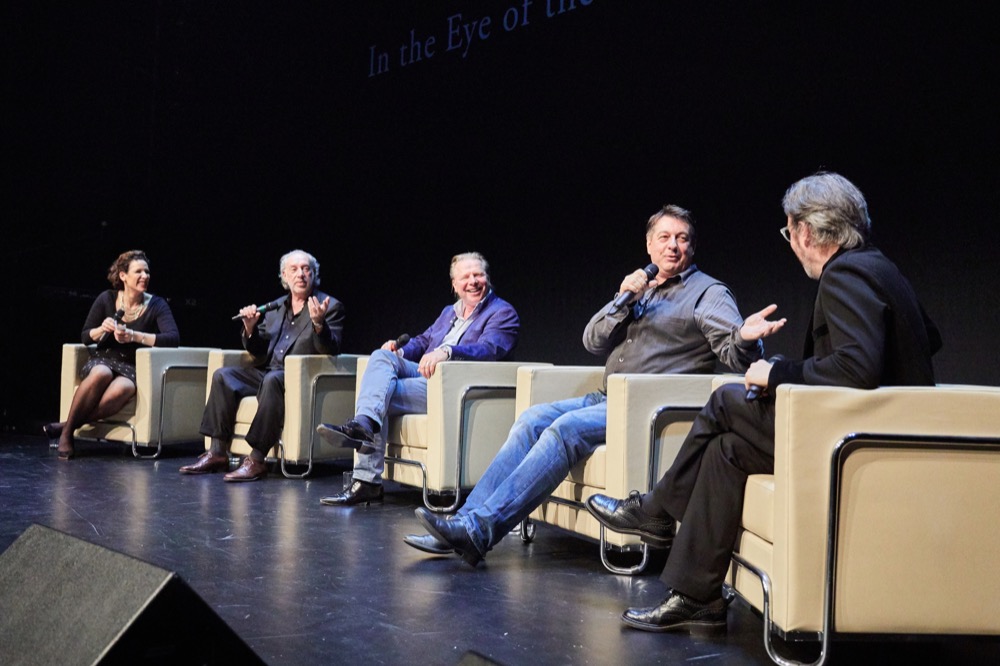 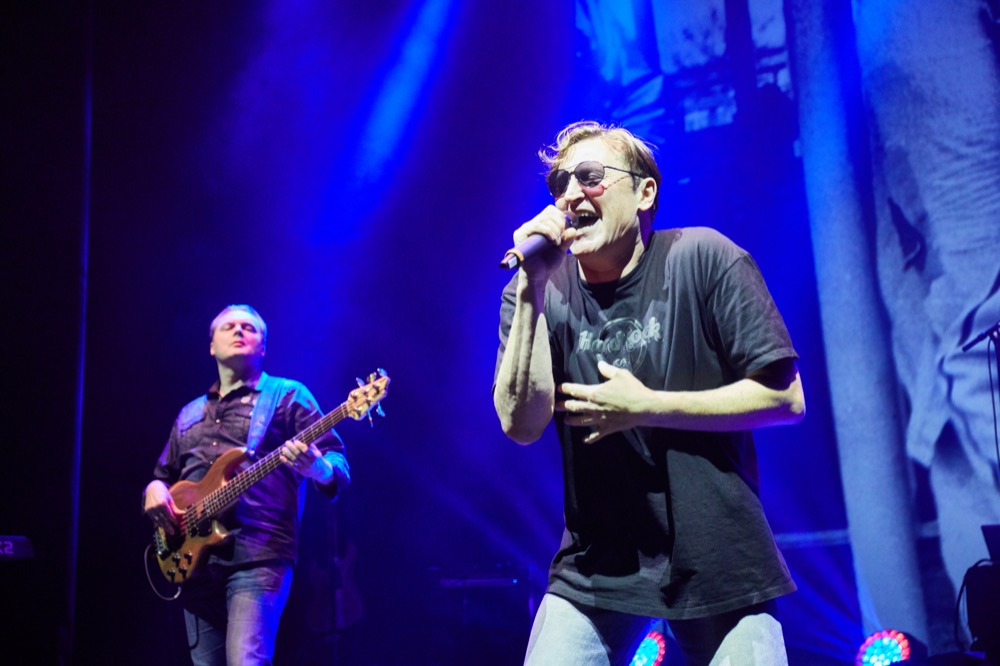 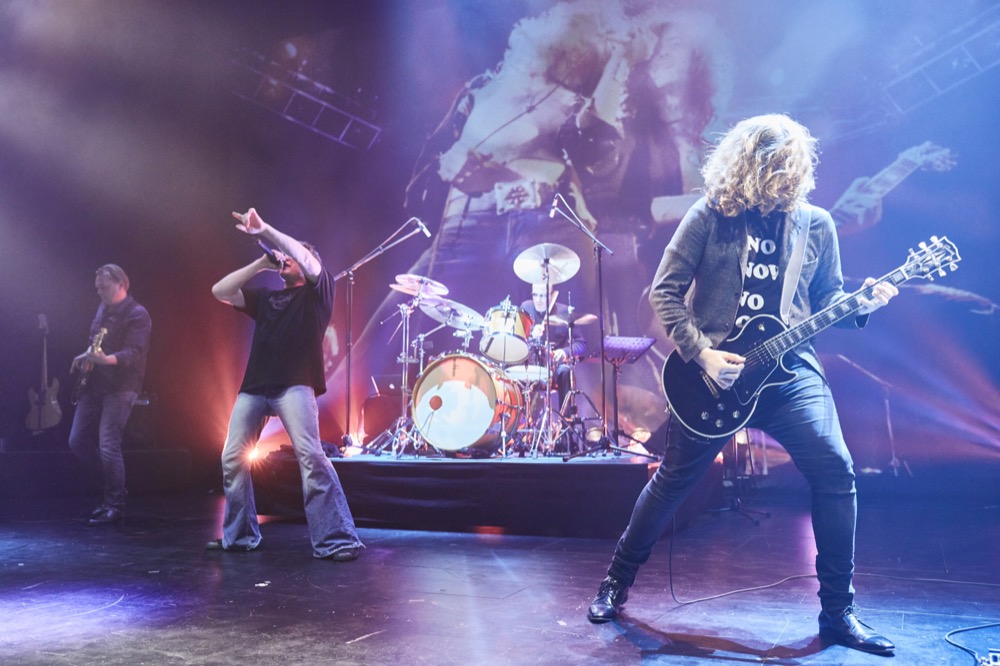 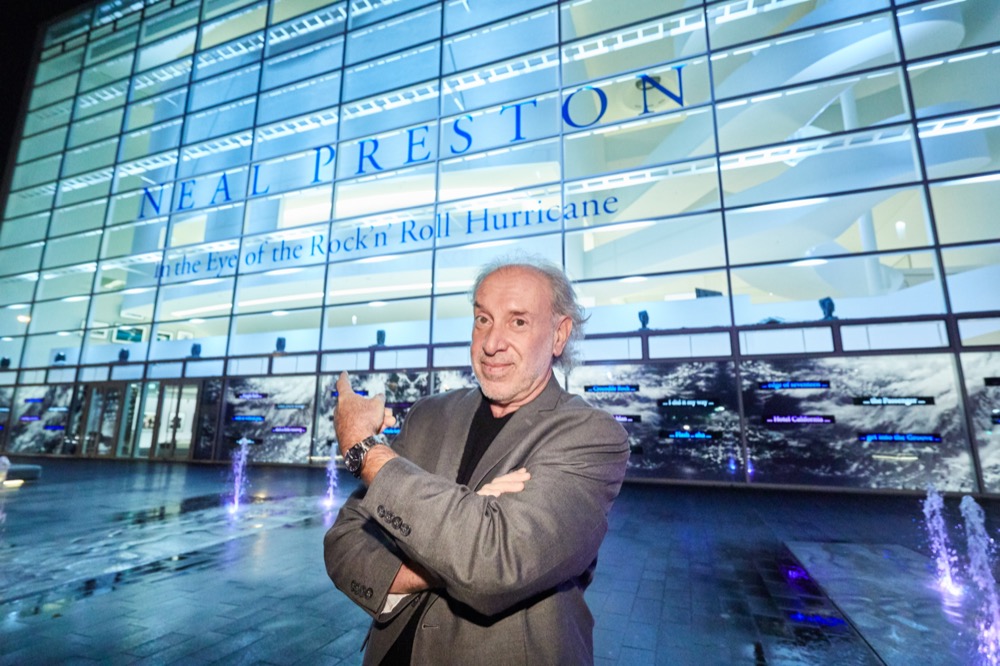 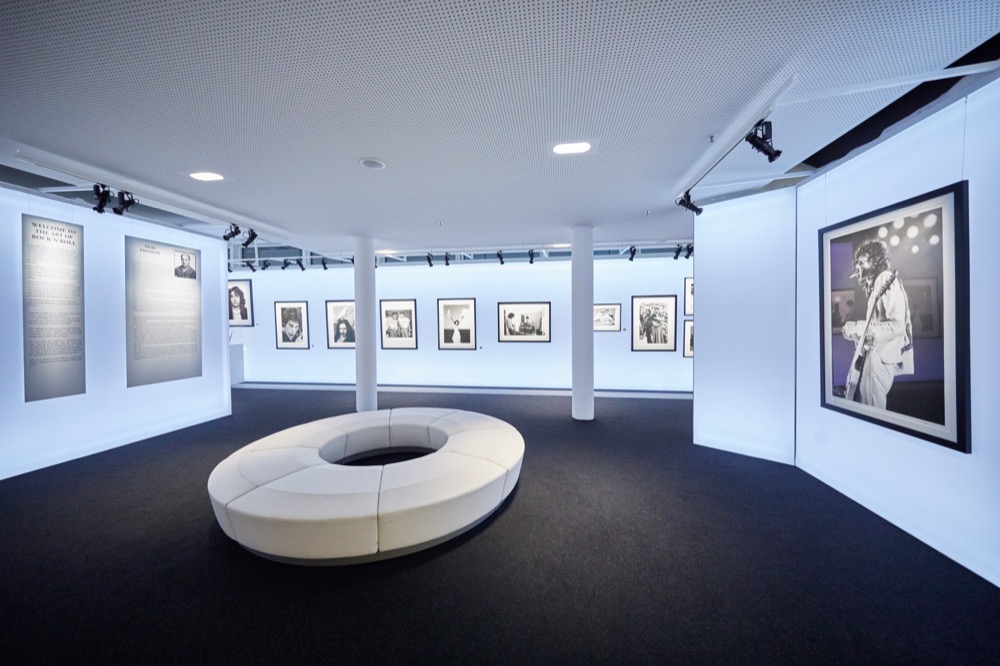 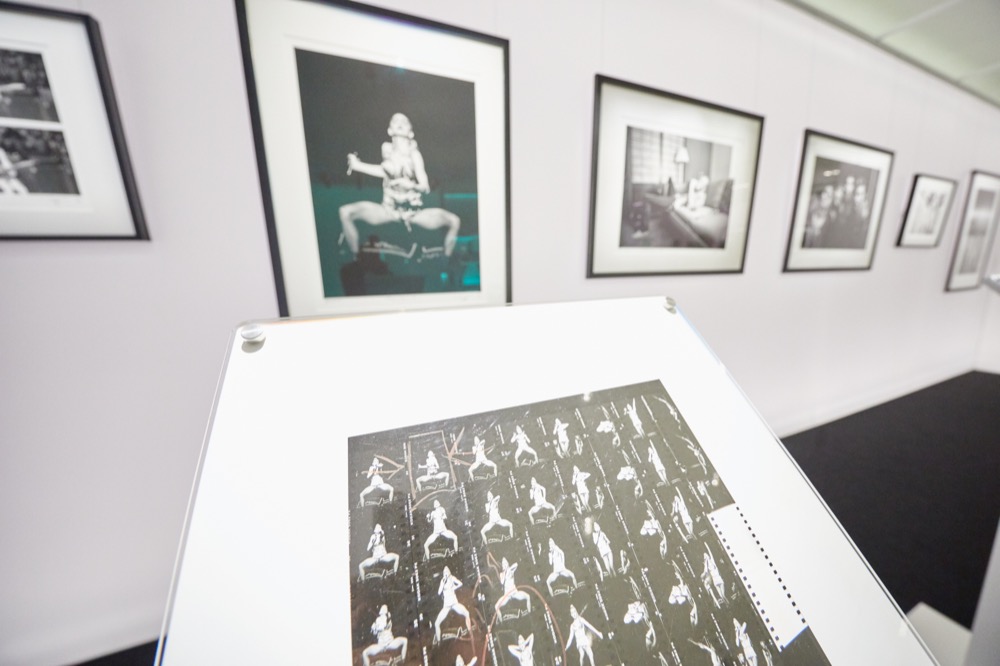 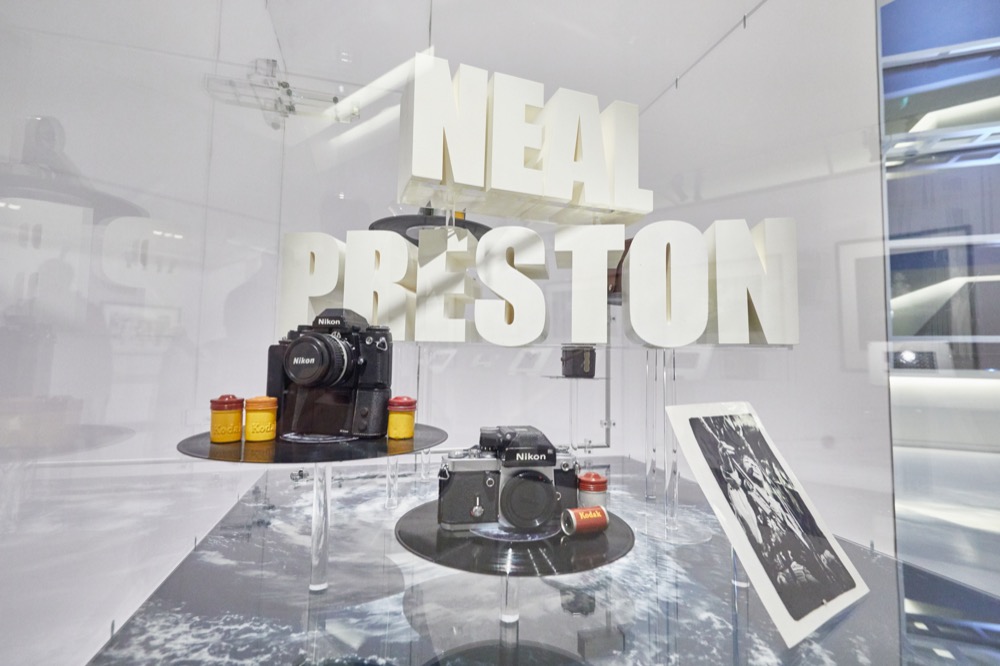 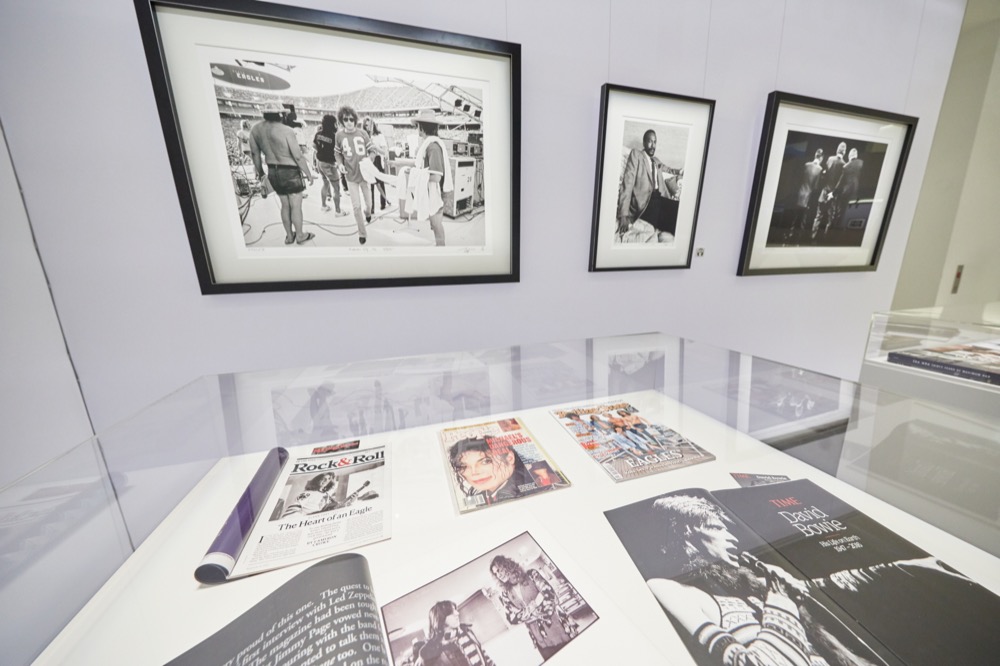 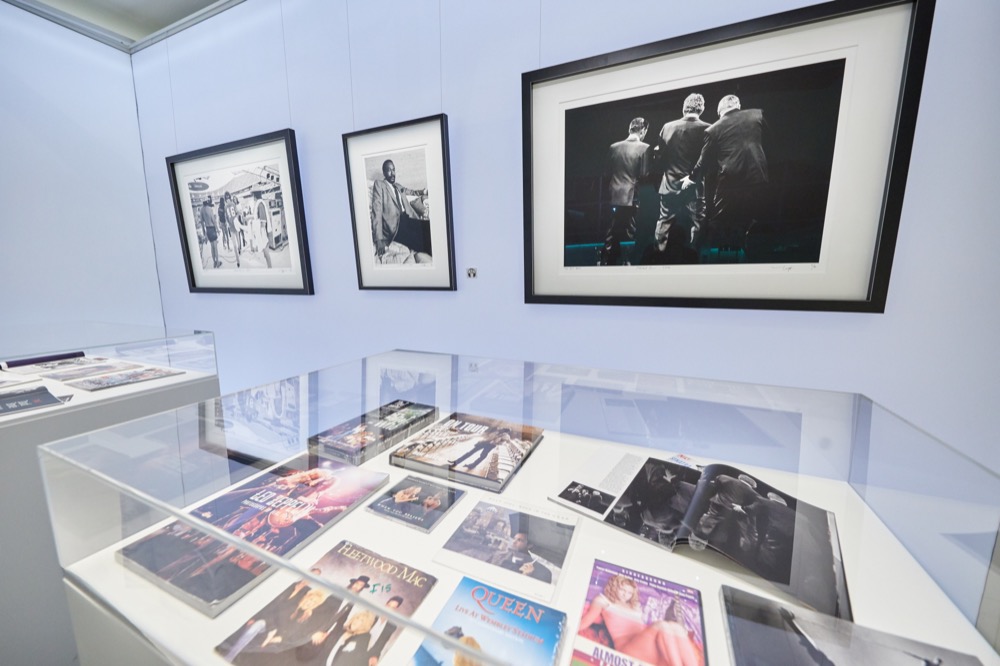 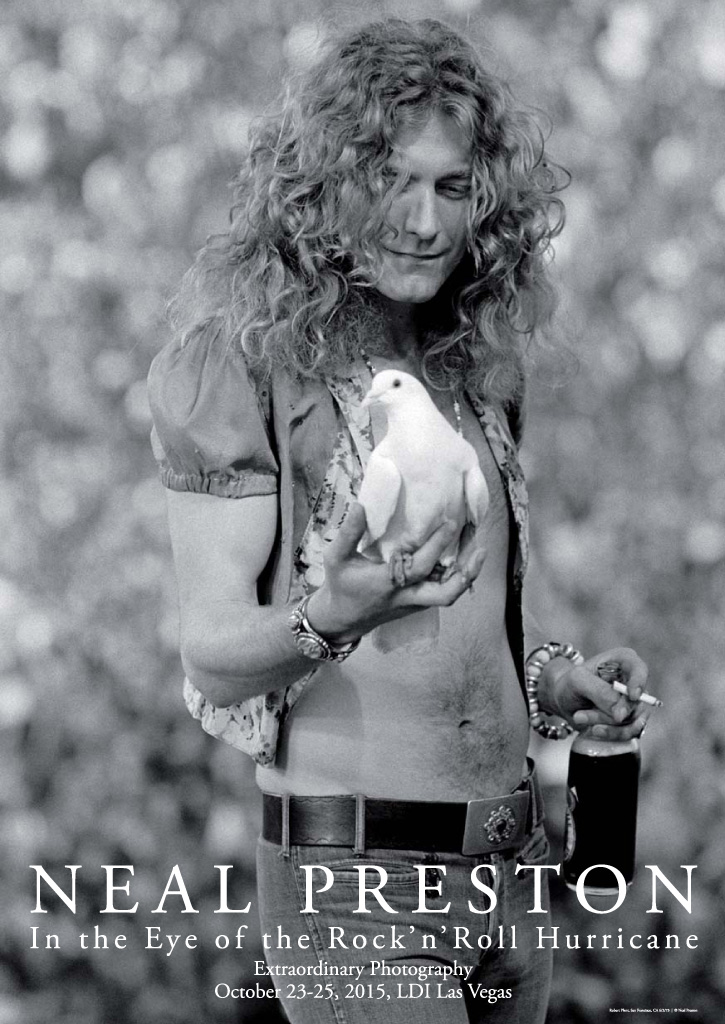 Bildband zur Lightpower Collection
“In the Eye of the Rock’n’Roll Hurricane” – The Photography of Neal Preston.